The EU border police Frontex has observed illegal pushbacks and been involved in others. This is shown by numerous internal reports, so-called Serious Incident Reports, which we publish following a request to Frontex. With the reports, Frontex units reported human rights violations in the Aegean Sea between Greece and Turkey last year. Many of the incidents have been reported before, but the exact accounts are new.

For example, the documents deal with a pushback off the Greek island of Lesvos in April 2020. The Frontex crew of the "Tasty" aircraft reported that the Greek Coast Guard was pulling a boat out of Greek waters and into Turkey, and classified the event as a possible human rights violation.

In another incident in July 2020, Danish helicopter pilots on Frontex deployment reported that the Greek Coast Guard had instructed them to change the coordinates of a boat spotted in Greek waters. Instead, they were to state that the boat had been on the Turkish side of the Aegean Sea. According to the complaint, the Greek operation command said the order was a misunderstanding. However, the Danish forces clearly rejected this.

Frontex has forbidden us from publishing the internal reports, citing its alleged copyright on the documents. In order to pass on the information, we would have to ask the authority for permission. We have lodged a complaint against Frontex's behavior with the European Ombudsman and are looking into how we can have Frontex's copyright notices, which we consider illegal, banned by the courts.

The lack of transparency of the EU border police joins a series of cover-ups and lies by Frontex Director Fabrice Leggeri, who made false statements to the European Parliament about human rights violations at the EU's external borders and about connections to arms lobbyists.

In recent weeks, an internal Frontex working group - in which Greece is a member - had investigated the pushback incidents we have now published, but was unable or unwilling to provide a clear explanation, as a report we have also published shows.

Therefore, in addition to the media and civil society organizations, the European Parliament will now have to provide clarification. It has set up a working group that is also to be given access to internal Frontex documents - some of which can already be found in our archive as well as on Statewatch.

→ to the Serious Incident Reports 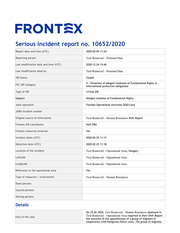 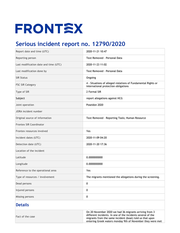 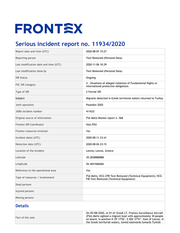 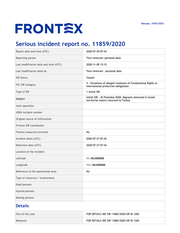 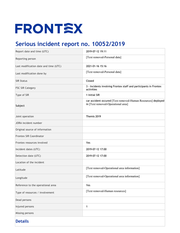 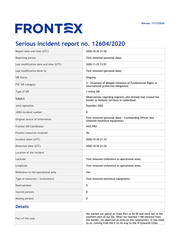 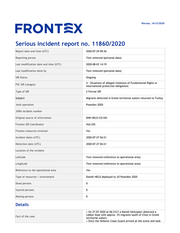 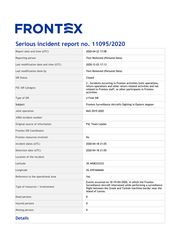 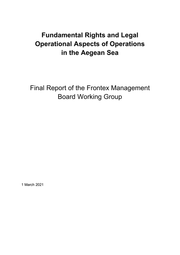 Final Report of the Frontex Management Board Working Group