After the fire in the Moria camp on the island of Lesbos in early September 2020, the wave of solidarity among EU politicians was striking. "No more Morias," said EU Commissioner for Home Affairs Ylva Johannson just a few days later. The plan: the construction of new accommodations for refugees on Greek islands that would meet "EU standards". The result, one year later: barbed wire, exit restrictions and 24-hour camera surveillance. This is in spite the EU had set up its own Task Force to ensure compliance with the standards.

For several months, together with freelance journalists Katy Fallon, Elisa Perrigueur and Franziska Grillmeier, as well as ZDF Magazin Royale, Ippen Investigativ and Médiapart, we researched the conception and construction of the camps. Through Freedom of Information Act requests, we had access to, among other documents, the minutes of meetings between the Task Force, the Greek Ministry as well as other EU agencies. Most importantly, we obtained a report by the EU Fundamental Rights Agency (FRA) which shows the EU has implemented within the camps what the Fundamental Rights Agency actually warned against.

The EU gave 276 million euros to the Greek government for the design and construction of five new reception camps on the islands of Leros, Kos, Lesbos, Chios and Samos. The first camp on Samos opened in mid-September 2020, with 300 people having been transferred there. The camps are pilot projects and mark a "new chapter in migration management," EU Task Force Chairwoman Beate Gminder announced at the opening.

Police officers patrol in and around the site day and night. Drones monitor from the air the compound, which is fenced with a double row of chain-link fence and NATO barbed wire. People can only leave the camp with a smart card between 8:00 am and 8:00 pm. The nearest town is over an hour's walk away. Countless cameras transmit people's daily lives in real time to a command center set up for this purpose in the Greek Ministry of Migration, including, as a tweet from the Greek migration minister shows, the beds:

Drones, cameras and metal detectors are part of one of three new surveillance systems. "Centaur" was developed for the "protection of people and property" and for the "reception structures of third country nationals". Our research shows that these systems, costing about 37 million euros, are financed by the EU, and more precisely by the "Recovery and Resilience Facility" (RRF). In fact, the RRF is designed to relaunch the economies of EU member states after the Corona pandemic in a sustainable and digital way.

In a February 2021 report, which we publish here, the EU's Fundamental Rights Agency (FRA) warned against this very design. It wrote:

“A centre intended for the first identification and registration of new arrival should not look like a prison. To avoid as much as possible the risk of re-traumatising effects for people who have experienced violence and persecution, barbed wire and prison-like fencing should not be used and ununiformed personnel deployed, where possible.”

Furthermore, children should not be exposed to a "prison-like fencing" and all people waiting for their asylum decision there should be able to move freely inside and outside, said the Fundamental Rights Agency. Yet this is exactly what has now become a reality.

The report we are publishing was produced within the framework of the so-called "Migration Steering Meeting Committees". These are meetings among the EU Task Force, the Greek Ministry of Migration, international organizations (UNHCR, IOM) and the EU agencies Frontex, EASO and FRA, which were held approximately on a monthly basis from September 2020. We obtained the minutes of some of the meetings through the Freedom of Information Act, and we are publishing them here.

In the minutes, the EU welcomes, among other things, the "increased security" in the camps at the end of February 2021. Likewise, it repeatedly refers to the reduction in the number of refugees who are on the islands. In one year, the number was reduced from 40,000 to 4,500. As a result, tens of thousands of refugees are now living in precarious conditions in the greater Athens area. This is because most people were simply transferred to the mainland, without any precise plan as to how they were to continue to live there.

The documents show above all how sloppy the Task Force's controls were. For instance, the Greek Migration Ministry keeps promising that the temporary Mavrovouni camp on Lesvos will be winterized. Gminder said in November 2020 that an improvement in conditions was evident. Gminder also confirmed this in an internal letter she sent to the German Interior Ministry in December 2020, which we are now publishing. In the letter, she writes:

"The tents were all winterized, have a solid floor, which is also secured against water. (...) The canvas tents have been double and triple reinforced, both against cold and rain."

However, the reality was quite different. As videos show, the camps were anything but prepared for the weather conditions over the winter months.

And with regard to the planning of the new bearings, Gminder adds:

"The work is in full swing and complies with all applicable regulations and official procedures. I have been able to see for myself several times how the work is progressing and have been to Lesvos five times since September."

Germany also played a role in the planning of these camps. Internal memos that we are publishing today show that Germany supported Greece with expertise in the construction of the camps, among other things, by presenting the concept of anchor centers.

"In addition to financial and material support, Germany also helps Greece with know-how, expert exchanges and the secondment of personnel. For example, Germany has offered Greece the implementation of IDMS tools for the identification of asylum seekers arriving in Greece, the conceptualization of Ankerzentren, or the placement of German interpreters of rare languages for Greek asylum hearings."

Why Germany has an interest in building these camps is evident from a December 2020 letter from Helmut Teichmann, State Secretary in the Ministry of the Interior, to the Greek Ministry of Migration:

"In recent months, Germany has seen a significant increase in entries of recognized beneficiaries of protection from Greece. We are observing this development with great concern."

The deportation of people who have already applied for asylum in Greece is no longer possible despite the Dublin Regulation thanks to a judgment by a German court. The reason for this is that the refugees in Greece would face "a serious risk of inhumane and degrading treatment".

Support for the construction of the new camps benefits Germany and also the EU to the extent that people are detained on the islands by means of barbed wire and surveillance technologies.

→ You can find an overview of the research at ZDF Magazin Royale (English subtitles).

This research was supported by a scholarship of Journalismfund.eu and work by Disinfaux Collective. 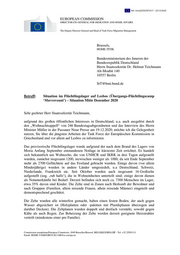 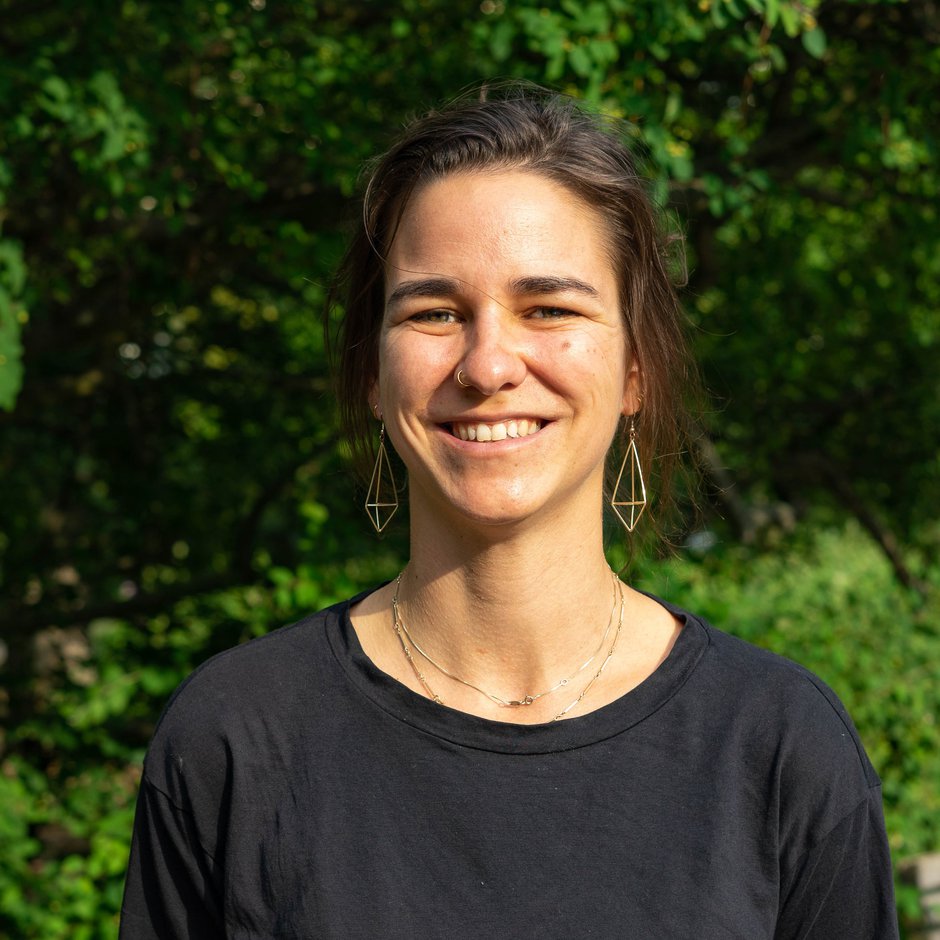