Anyone who submits a request to Frontex under the EU freedom of information law will not receive an e-mail in response, with a reply letter or documents. Instead, since January 2020, Frontex has been forwarding all information requests to an internal platform especially created by the EU border police force; all communication with the agency, as well as any documents released in response to information requests, are stored there only. To gain access to it, you need to use login codes provided by Frontex, who refuses to communicate by e-mail. A complicated and unnecessary hurdle, we find.

In July 2020, FragDenStaat filed a comprehensive complaint before the European Ombudswoman against this restrictive practice. We believe that Frontex’s purpose-built FOI platform, as well as the agency’s general handling of FOI requests, violates several legal requirements. This complaint was examined by the EU Ombudswoman for two years.

The Ombudswoman’s decision is now available: Frontex should not refer information requests to their own internal portal, but instead communicate by e-mail or through civil society organizations, such as FragDenStaat. Resources should rather be invested into answering the requests.

Frontex should ensure seamless technical communication with applicants for public access to documents, allowing them to communicate with it by email in full and without resorting to its current access to documents portal. (...) Frontex should dedicate the resources that are needed for handling the predictably large number of access requests that it is likely to receive on a regular basis going forward.

This is not the first setback Frontex has experienced when it comes to its (mal)practices when dealing with information requests. In 2016, Frontex had started imposing an unlawful copyright disclaimer which prohibited requesters by default from publishing any documents obtained in response to their FOI requests. This disclaimer, paired with Frontex’s exclusive use of its own internal FOI platform, meant in practice that even when FOI requests were successful, the documents released would still remain secret.

FragDenStaat also challenged this copyright disclaimer before the European Ombudswoman. In May 2021, the Ombudswoman found: „Frontex’s general copyright policy seems to be much more restrictive than the copyright policies of other institutions that I have looked into. (...) Frontex should no longer use its current copyright claim when replying to requests for public access to documents.“

In February 2022, Frontex finally stopped using its copyright disclaimer. Recommendations by the European Ombudswoman, while not legally binding, can effectively end abusive practices, such as Frontex’s.

What this means for the future

It’s not just Frontex, but also the European Commission or the German Ministry of Interior – more and more, public institutions are choosing to build their own internal FOI platforms in order to circumvent pro-transparency civil society alternatives like FragDenStaat.

This is an emerging tendency that could have far-reaching consequences for freedom of information in the European Union. Frontex’s internal portal proves how the state’s willingness to control the FOI process can result in more obstacles and greater difficulties for requesters, and less transparency for all.

Today’s EU Ombudswoman recommendation sets an important precedent: state or institution-run FOI systems should not be designed to exclude platforms like FragDenStaat or straight-forward e-mail communication. A seamless and accessible exercise of the right to information must be a priority and should never be compromised.

→ Letter of the Ombudswoman 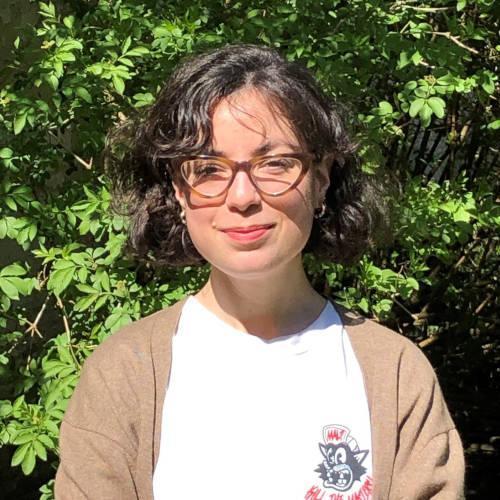